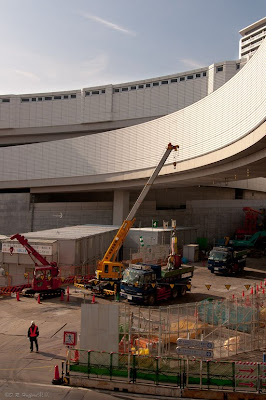 Part of an enormous road and tunnel construction project in Nakameguro-ku. It is referred to as part of a "Smooth Tokyo" project on a nearby sign. Don't know where the money comes from---err, actually, I do. I guess the question is, will Tokyo traffic flow more smoothly after the construction, or will we have just lined the pockets of the construction industry. Time will tell, if we can't guess already.
Posted by D at 2:46 PM 1 comment: 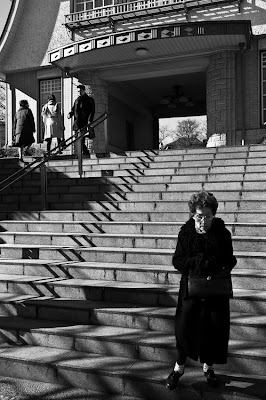 Must be getting old and slow. I was kneeling in the middle of this side street with the camera to my eye hoping for something to happen, when I noticed someone very close. It was the little girl on the right waving to me from about 12 inches away. Naturally, I missed the shot, but as they began to walk away, I put the camera back to my eye to see if anything interesting would happen. It did. But I never got it.
I pressed the shutter for a quick photo, and began to lower the camera as I figured they'd be too far away for another. As soon as they heard the shutter, they turned and waved. I raised the camera again, but it was too late. I snapped another anyway, and once again, they turned and waved, just as I was lowering the camera. I gave up after three.
A smart man would have just held the shutter down and hoped 8fps would catch them. A smart man would have. 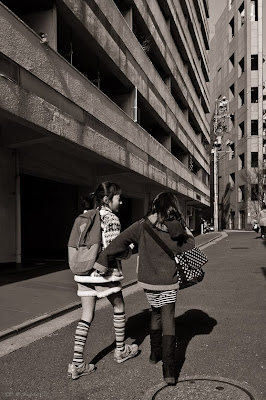 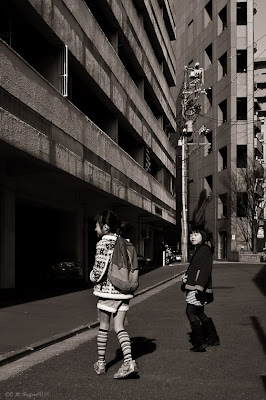 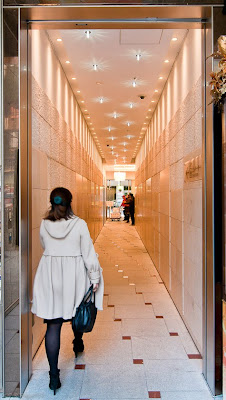 Don't know what trecious means, except that it is the name of a shop in Ginza where I spent Christmas morning and early afternoon. Don't know what I liked about the passage in Trecious. Must have been the color of the lights, or the lines. Or something.
Posted by D at 8:08 PM No comments: 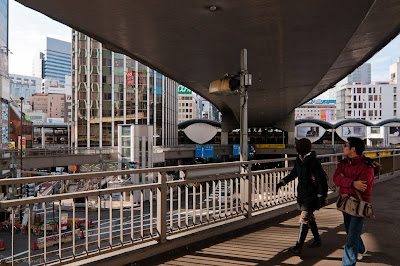 A place I (and lots of other folks) avoid unless there is a real need to go. Over the New Year break it was less crowded than usual, otherwise I would never have gone there.
Posted by D at 11:21 PM No comments: 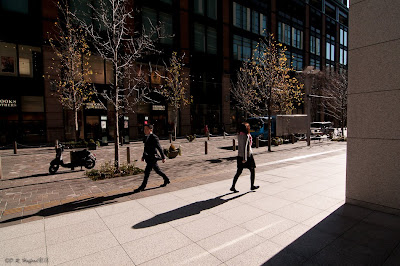 Or Hibiya. Many had already started New Year vacation. Always a good time to stay in Tokyo as the crowds decrease and people become less stressed.
Posted by D at 1:26 PM No comments: 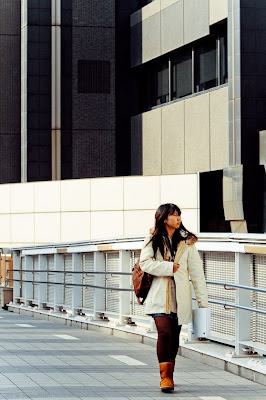 Never know what you'll find under a bridge 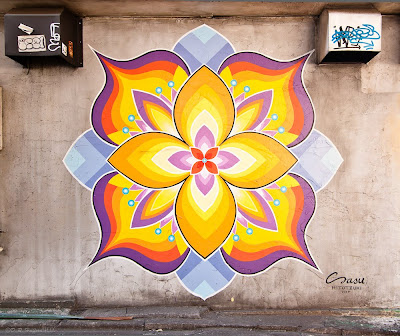 Somewhere around Yutenji on the Hibiya line.
Posted by D at 5:51 PM No comments: 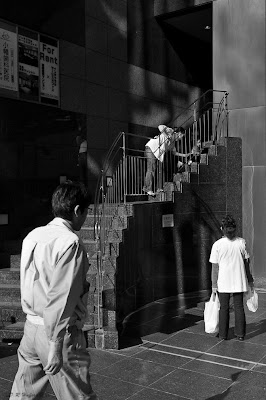 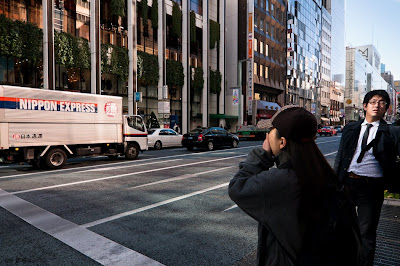 Ginza, a place I love but don't often visit because of the crowds. However, if you get there on weekends before 11, it ain't so bad.
Posted by D at 2:55 PM No comments:

The Art of Education 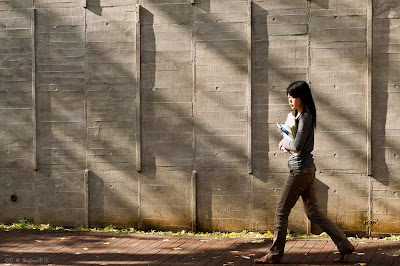 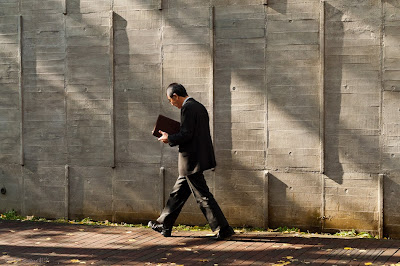 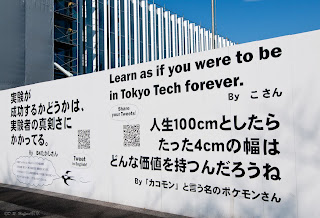 Come to think of it, spending forever studying might not be such a bad thing, if the pay were better.
Posted by D at 8:56 PM No comments: 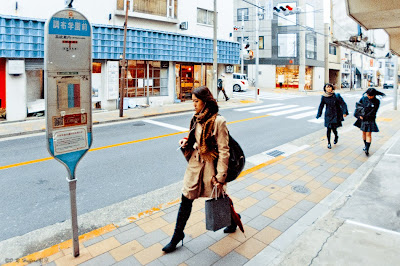 When I was in high school, I found a photography book in the library about Japan. This was no ordinary Japan photo book as there was little in it that would would have been identified with the stereotypical Japan. As I recall, there were seascapes, landscapes, and other types of photos, but no temples, no shrines, no festivals, no geisha, and no shots of the intersection in front of Shibuya station. I was disappointed.

I wish I could recall the name of the book for I'd love to see it again. It comes close to my view of Japan. I don't think of the country or its people as weird, uniquely unique, Zen-like, or anything like that. It is a country, a people, and a culture that differs only by degree---when it does actually differ---from other countries. Just like every other country and culture on earth.

I no longer bother much with the typical "Wow, it's Japan" photos. I try to photograph things which for some reason interest me, or represent something to me, or perhaps I just like the colors, tones, shapes, or light. Perhaps disappointing for anyone looking for photos of Kinkokuji Shrine (though some are here), but those types are readily available anywhere. If nothing else, I will amuse myself with an expensive hobby.

(Since I am occasionally asked, I generally use Nikons: D300, D70s, or borrow my wife's D40. I occasionally use an old Olympus OM-1 for film, as well as Oly digicams, and a now sadly deceased Oly 35ED rangefinder.)